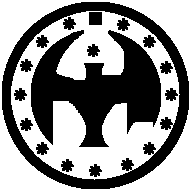 The Sequel Trilogy era (30 ABY—46 ABY) follows Luke Skywalker's struggle to restore the Jedi Order in the wake of the Yuuzhan Vong's invasion and is instead overshadowed by the Rising star amongest the Jedi: Gigin-Taue Soear and his ground breaking Jedi temple "Lex'rer".

Reformation of Galactic Rule amidst ChaosEdit

During the early stages of the era, Coruscant and other worlds continue to recover and rebuild from the Yuuzhan Vong Invasion while being preyed upon by the Mandalorian Supercommandos under the leadership of Poort Noy whom goes on to assassinate the then chief of state Cal Omas, rather than concede victory to the Mandalorian. The remnants of the government form the New Galactic Republic in place of the failed Alliance. This New Republic continues to suffer from the same strife as the former government and things get much worse when the Scraper Factions are denied payment for their unsolicited services. This causes the once peaceful organization to reform itself as the Space Raiders; a faction of terrorists whom pilot large Junk Barges equipped with dangerous weapons salvaged from the fringes of space. this faction is partially taken over by the Sith Minion: Montagra whom under the control of a Mysterious Master pulls the strings behind the invasion of Proloxis IV.

The results of the Invasion of Proloxis IV where deemed confidential by the New Galactic Republic, In the months following the debacle both the Space Raiders and the Jedi Order went through drastic internal upheaval. The rogue elements found themselves hunted by the NGR space navy and leaderless due to the capture of the beast Montagra by the Jedi during the Ambush at Go'Gek, another conflict in which the details where censored to the Galaxy at large. The Jedi Order found itself under the leadership of Cas-Lo Vont, whose appointment to the position of Grand Master was met by a widely controversial Schism within the Order. Dividing the briefly unified order between those whom where opposed to the Exile of Luke Skywalker and those plainly opposed to the notion of the Prison for Dangerous Force-Sensitizes.

Three standard years into the civilized schism, news of a Civil War within the Unknown Regions being fought between the Chiss and an offshoot race which was considered by many to be the next step in the evolution of the Species. When help was asked of the NGR by the mighty Chiss, the chief of state quickly repositioned sixteen battle fleets to the sector. This action caused a mighty uproar within the halls of the Senate, leading to the dismissal of Senator Borka Obraka attempting to broadcast the classified Intel on the HoloNet. It is widely debated if the Bothan Senator was silenced or misplaced via a faulty navicomputer, but his legacy lived on through Jedi Masters Jacen & Jaina Solo along with Chi-Ro Rahem whom uncovered the truth behind the mass deployment of key equipment to the Unknown Regions. Having reveled the speed at which an inconstant ally could receive aid from the fledgling government, the trio of Jedi Masters found themselves capable of challenging both the Supreme Chancellor and the Grand Master into allowing them to oversee the NGR navy’s role in the Civil War. Upon their arrival the Masters where immediately thrust into combat with an enemy which was neither evil nor on the wrong side of morality in this fight. In an attempt to quell the senseless violence, Jacen Solo called for a cease fire and round of peace talks. This action led to Master Solo’s willing abduction in an attempt to meet with the leader of the Cranex. During his time with the Cranex, Solo began to understand the Chiss’s fear of the race for they where all Force Sensitive as if the force itself was somehow meddling with the evolution of the unknown regions. Thrust again into personal doubt over the very nature of the Force, Jacen Solo began to understand that during his internment he’d actually been bunked with the leader of the Race; a tall fully Cortosis armored man with gleaming red eyes and normal human features. Wopik Wellorik upon meeting with a Jedi Master decided what he needed to do in order to bring an end to his species conflict with their inferior enemy, the mighty Force sensitive froze his entire species in a force induced chrysalis and placed them within an cross dimensional rift after gorging himself with their Midi-chlorians. He arose a mighty abomination more than capable of bringing his one man war to the entire Galaxy. It was this action that suddenly led to a temporary alliance to the Jedi Schism, acting without the invitation of the Chiss Ascendancy. Cas-Lo Vont led the entire order into the Unknown Regions to do battle with Wellorik. Emerging victorious with few casualties the entire might of the order had been enough to strip the highly evolved Chiss of all connection to the Force. This peaceful victory was not enough for the Ascendancy however, they demanded that Wellorik be returned to the Chiss for intense interrogation and Execution via explosive decompression. Upon denying the Chiss their prize captive, Vont found himself at the start of a full scale war between the New Galactic Republic and the Chiss Ascendancy.

The ensuing war would be the first in decades that would never touch the already ravaged Galaxy, Galactic citizens quickly shrugged off the notion of a Full Scale war being fought in the Unknown Regions. Mainly due to the fact that it did not threaten their worlds, for three weeks the entire Jedi Order was locked in battle with legions of Chiss troopers. It took the combined efforts of Fifty NGR Star Destroyers, thirty Hapan Battle dragons and a small contingent of Toydarian capitol ships to drive the Chiss forces from the Cranex home world. Having secured the assistance of this ragtag fleet, Master Vont dispatched half of the Order to maintain peace within the galaxy and asked for only the strongest of the order to volunteer for a new position within the Order. The notion of creating a separate Jedi warrior caste was sacrilege to most if not all the elder masters in attendance, hundreds of the younger Jedi initiates flocked to Master Vont’s banner and happily became his Jedi Crusaders.Several of the seasoned veterans deployed to the front lines where sent back to the rim with requests for mighty suits of Cortosis weave armor and strengthened battle plating for the Toydarian vessels. These actions where seen by many of the senators as an outward challenge to the rule of the NGR by the increasingly independent Jedi Order, therefore response to Master Vonts requests where never fulfilled resulting in the loss of the Toydarians alliance with the NGR. But still the race continued its devotion to the War in the Unknown Regions as payment for their debt to the Order whom had saved them from the Space Raiders years earlier. Almost a year into the bloody conflict, Vont and the Toydarians cooked up a strategy for a quick victory over the Chiss outside the knowledge of the Solo twins and the Hapan fleet whom had been separated from the main brigade early in the war in an effort to survey the region and spark up alliances with other races. This plan called for a posed retreat from the bombardment of Csilla and a quick journey into a vast nebula surrounding the capitol worlds. And then the ignition of the gases within the nebula which would destroy the advancing fleet as well as plunge the sector into ruin. Both plans went off without a hitch and ended the war, yet again the NGR covered up the details of the victory and hailed Vont’s Jedi Crusader army as heroes of the Unknown Regions. This of course did not sit well with those whom knew the truth behind the devastation of the Ascendancy, whom where totally subjugated by the New Galactic Republic in the wake of the War. Most if not all of their vast empire was unwisely divided up between the power brokers of the Senate and the corporations, suddenly reconstruction surged with the influx of raw materials from the once-Unknown Regions which where now openly referred to as the Conceded Zone.The true victims of the conflict however where just thrown into the same class as victims of the Vong Invasion, just another species without a world to call their own. Scores of defeated Chiss flooded the Galaxy and became just another member race of the Galactic Aid project, which was intended to aid those species whom dwelled upon worlds without resources which where of use to the Galaxy at large. However many races received aid from the NGR regardless of their position on the galactic stage, it was even rumored that the Hutts had cashed in upon the program as well without even being true members of the NGR.

The Inquisition of the JediEdit

Wopik Wellorik however would join the ranks of the beast Montagra and be placed within the Prison for Dangerous Force-Sensitizes, this action almost led to a return of the Civilized Schism within the Order. but was quickly quelled as Rebellious Jedi and other Force Sensitive sects fell under the scope of Cas-Lo’s Jedi Crusaders whom began what was considered by many to be a Self distracting inquisition on non-Jedi. the first real example of a Jedi being haled into Prison, came with the Capture of Kyle Katarn while not allowing the Crusaders access to the Valley of the Jedi. In the coming years Crusaders would even be encouraged to suspect each other while policing all Force Sensitizes in a effort to rid the Galaxy of Evil, this however would be the entire Orders focus after the Chiss/Republic war. Resulting in a return to outward ruthlessness from the fringe factor threats such as the Mandalorian Super commandos and the Space Raiders.

In the Wake of both the Fall of Proloxis IV and the Chiss/NGR war of 33ABY, Under the leadership of Cas-Lo Vont; The Jedi Order has become an extremely independent Sect bent on maintaining control over all Force Sensitives within the Galaxy. in the midst of this on-going conflict strides Mistress Maldini in command of the GoGek'Ra, whose goal is to uncover an mythical Force Crystal. This first strike led by Maldini, wiped out or disabled all centers for knowledge throughout the Galaxy, causeing the Jedi to be yet again divided by Master Vont upon the subject. After Vont's adress to the Order, Masters Solo and Rahem corner Master Cas-Lo and his Apprentice Torka Rigaux leader of the Jedi Crusaders. the conversation quickly turned unpleasant where it was revealed that both young Masters where well aware of the many secrets of Vont's Crusaders and where more than willing to reveal these events to the elder Masters of the Jedi Academy on Yavin IV.The resulting stalemate leaves Vont and Rigaux to discuss the current state of sttacks amidst the possiable return of Luke Skywalker from his Exile on Widiph.After his bitter words with Master Vont, Chi-Ro Rahem speeds to Widiph in an attempt to check in on the progress of Zeb-Ska Soear's Jedi Training under Master Skywalker. upon landing, Rahem learns of Skywalkers visions of doom. it is also revealed that young Soear is practically a Jedi Knight and therefore must now return to the Jedi Order as dictated by Cas-Lo Vont during Luke's exile from galactic-affairs.

Retrieved from "https://starwarsphotonovels.fandom.com/wiki/Sequel_Trilogy_era?oldid=4971"
Community content is available under CC-BY-SA unless otherwise noted.